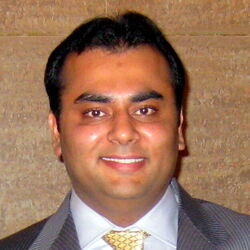 Before joining Biogen, Mr. Makin served as the General Manager/VP for ICON’s RWE-Late Phase Research unit, the world’s second-largest research group dedicated to prospective data collection; and led the team – comprised of several hundred biostatisticians, medical affairs personnel, project/program managers and data management professionals based in >40 countries – to the 2018 Late-Phase CRO Leadership Award. Prior to that, he held leadership positions in major drug commercialization research companies such as IQVIA and Optum, including the roles of VP/Americas Head, Real-World Strategy and Analytics, Head of Observational Outcomes Research and Global Head of Research Design and Proposal Development. He has also worked on the payer side (Anthem and Humana), where he led RWE initiatives, economic evaluations and health outcomes research studies.

Over two decades in RWE, HEOR and drug commercialization, Mr. Makin has developed and implemented drug value, safety and effectiveness roadmaps for most of the top 20 pharmaceutical companies to influence payers, clinicians and HTA bodies and positively impact market access. He has served as Principal Investigator on over a 100 retrospective database analyses (EMR, linked, claims), global registries, medical chart reviews, economic models, PRO studies, physician surveys, ITC/NMAs and SLRs and GVDs across every major therapeutic area; in addition to leading >25 value development plans and has published on health policy. He is a Keynote speaker at several conferences in the US and EU each year, has authored over 75 peer-reviewed manuscripts and scientific presentations, and has served as